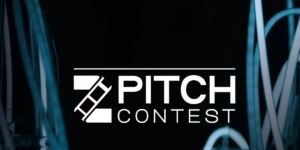 Entries are now open for the second edition of the Z-PITCH Contest.

The initiative – promoted by NABA, Nuova Accademia di Belle Arti and Fondazione Cinema per Roma – aims to bring the ideas of young authors and filmmakers to the attention of film and television professionals: the Z-PITCH Contest is in fact aimed at current and recently graduated students of Film and Media Design Schools in Italy.

For the second edition, the contest expanded to English-language projects to widen participation to international students attending English-language courses in Film Schools and Academies in Italy.

The new edition, developed within the activities of Rome City of Film UNESCO, is carried out in collaboration with the Civica Scuola di Cinema Luchino Visconti, the Accademia di Belle Arti di Napoli and the Scuola d’Arte Cinematografica Gian Maria Volonté.

Registration for Z-PITCH is free of charge and will be open until Tuesday 28 February 2023 (by 6pm). The six finalist projects, selected by a committee made of lecturers and industry professionals, will be announced by the end of March 2023.