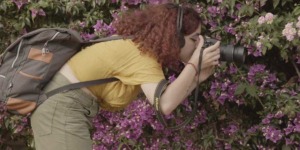 From March to June, Rome, Rome Creative City of Film is engaged as a partner in the implementation of ‘My Creative School‘, an educational project initiated by the Italian Youth Association for UNESCO covering areas from Visual Arts to Film, applying creativity and arts to urban regeneration.

The aim of this 4-month project is to introduce over 50 students from an Artistic High School in Rome to the concept of urban regeneration and the importance of film as a means of expression and storytelling.

The students then initiated their own artistic regenerative interventions with the aim of reviving some areas of their school building. As a result, three different corners of the school were creatively redesigned using colorful paints.

This process was also filmed as a short film “Pétalos”.